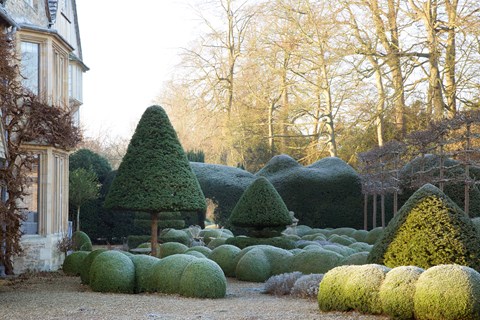 One of my favourite gardens, this Oxfordshire manor house buzzes with atmosphere. In essence it’s a very traditional garden, which has been reinvented in a bold and contemporary way. We’ve taken inspiration from the way the contemporary interior sits within the ancient structure of the house, which is 12th Century, with additions during the 16th and 17th Centuries and a wonderful layer of 1920’s elegance. The crucial pattern making in the garden is rooted in historical designs which have been reimagined in a more fluid and more ribbon like way. From the inside you look out to a green-on-green garden, made up of a tapestry of topiaries, pleached trees and knot patterns, in hedges of box with Irish Yews used as vertical punctuations. In summer these structures are veiled in flower and it feels at its most medieval. Wild flowers and lavenders spring from the chippings and paving, and between the hedges, while areas of grass are left long and full of native wild flowers. It’s also a garden of secrets. Doorways and gaps between hedges lead to hidden areas that you cannot view from the house; as you enter, they transport you with colour. Beyond the moat for example, a pair of sinuous taxus hedges swathe a surprising and fabulous Dahlia Garden and behind pale limestone walls, a colourful and productive kitchen garden awaits discovery. In winter the sculptural forms of the spiral mount and the historic moat are more defined. They resonate with the undulating forms of the cloud pruned box hedges, which have a mature solidity now, which contrasts so pleasingly with the framework of leafless, frosted trees. 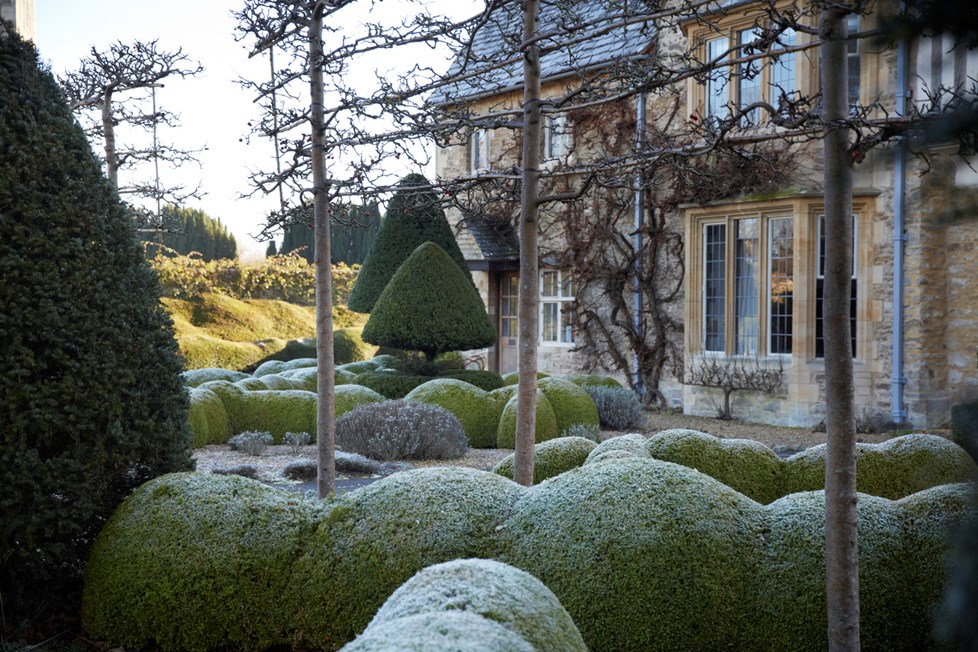 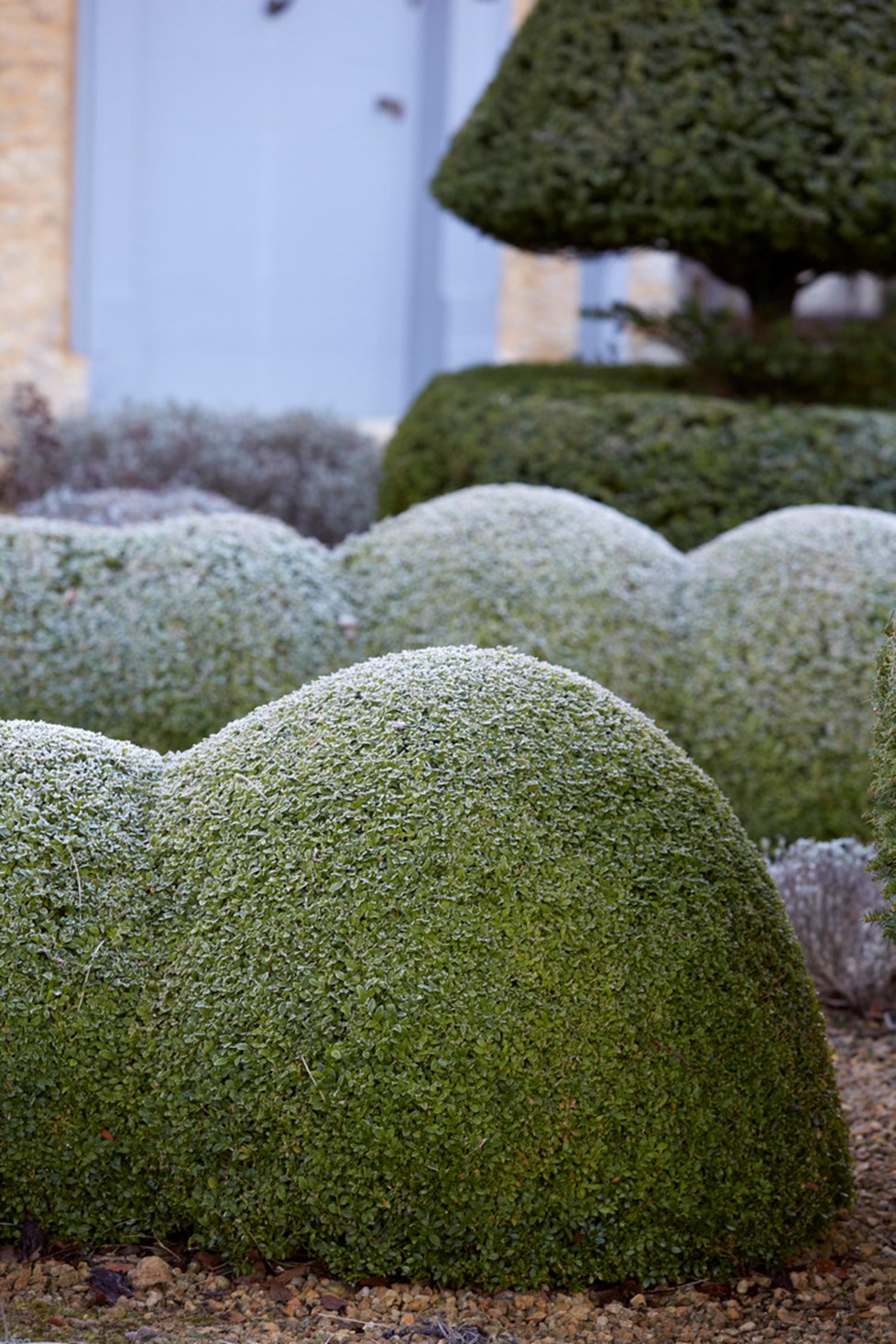 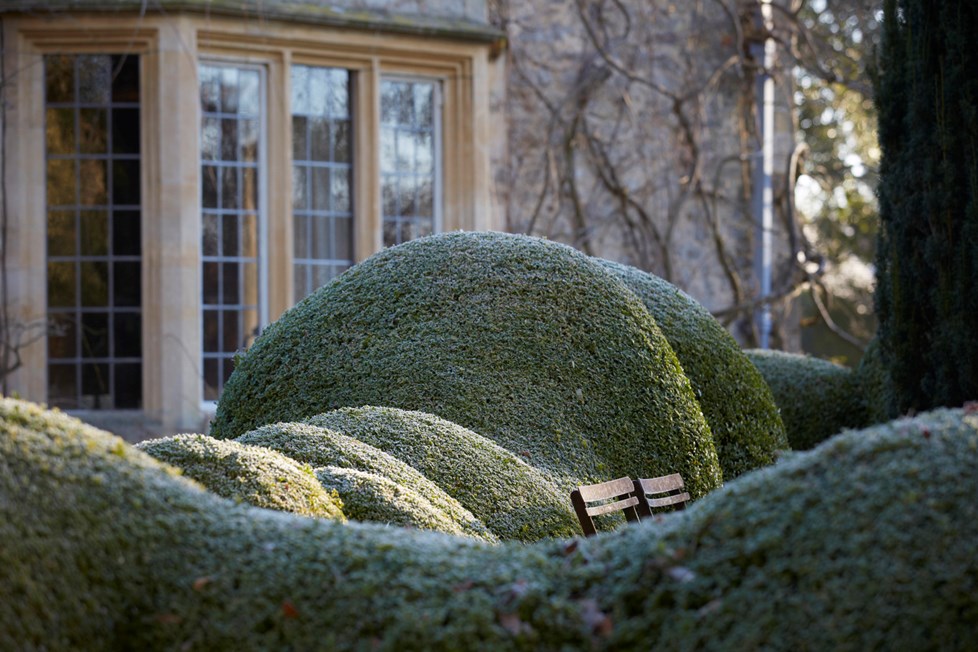 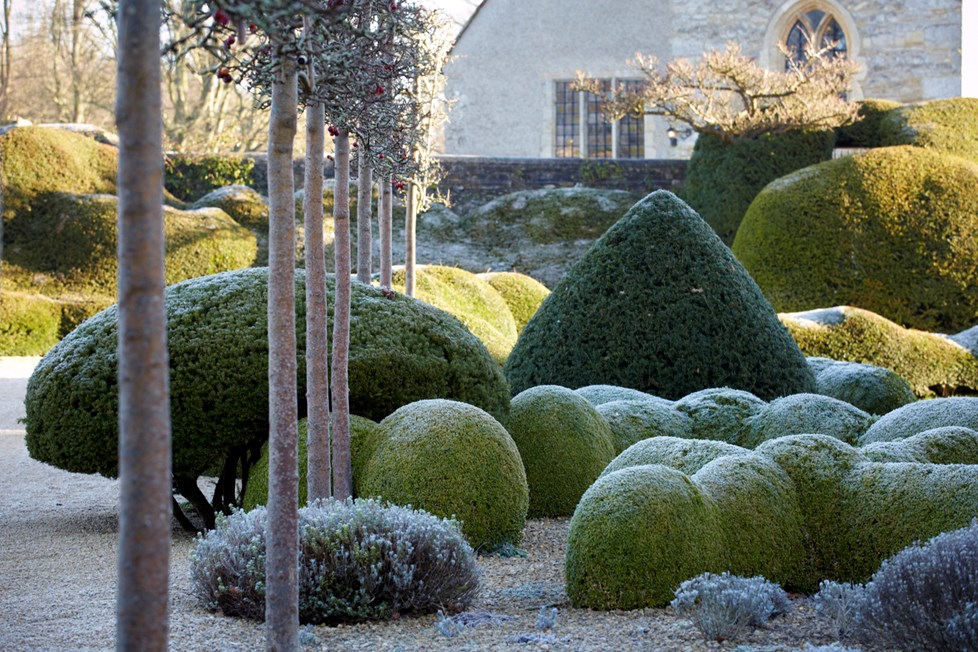 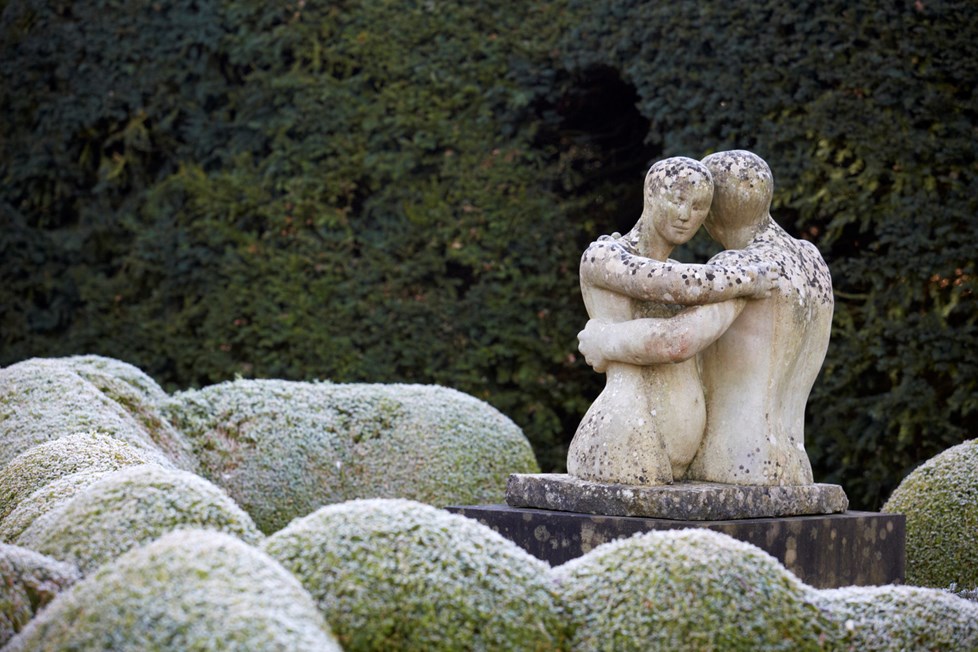 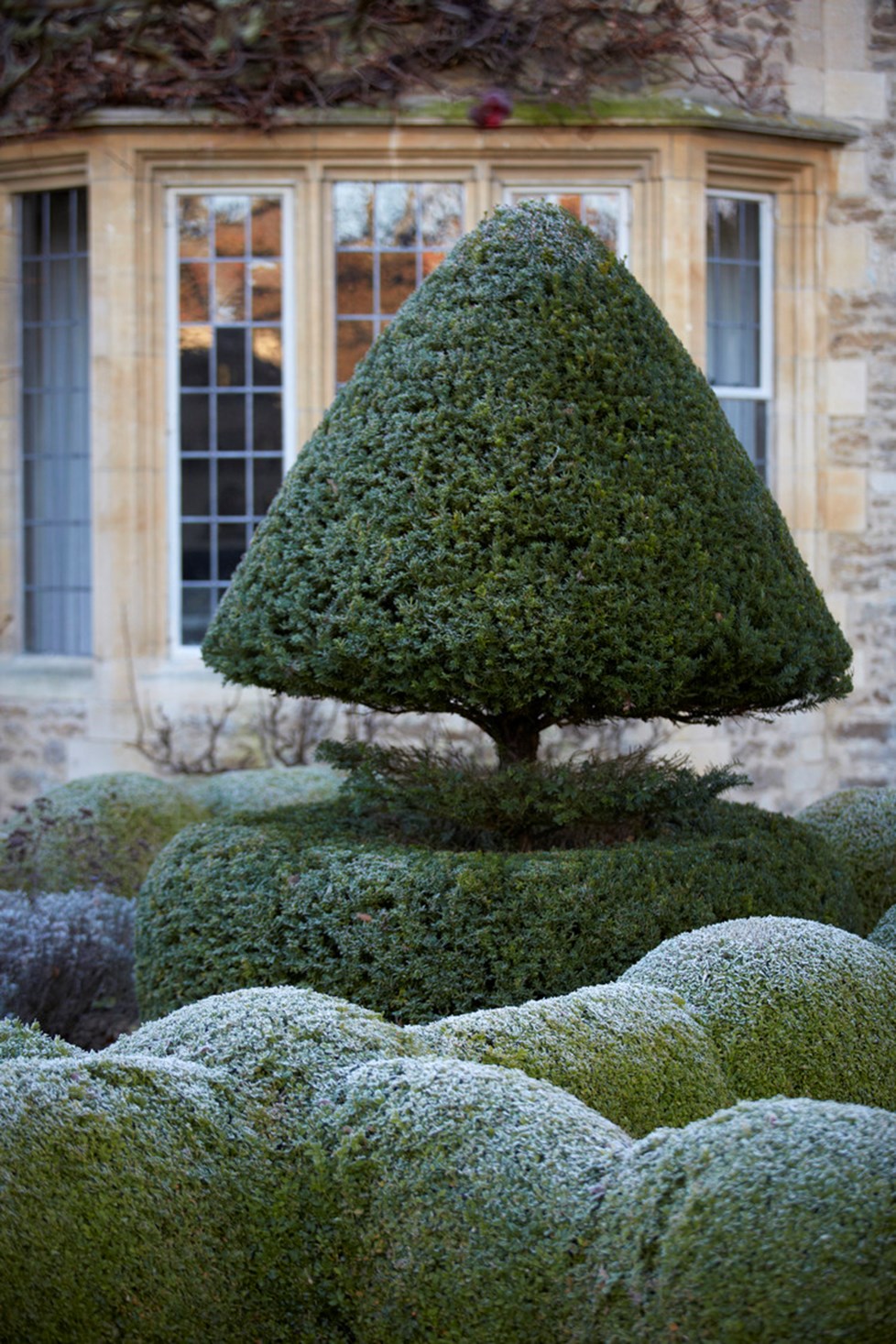 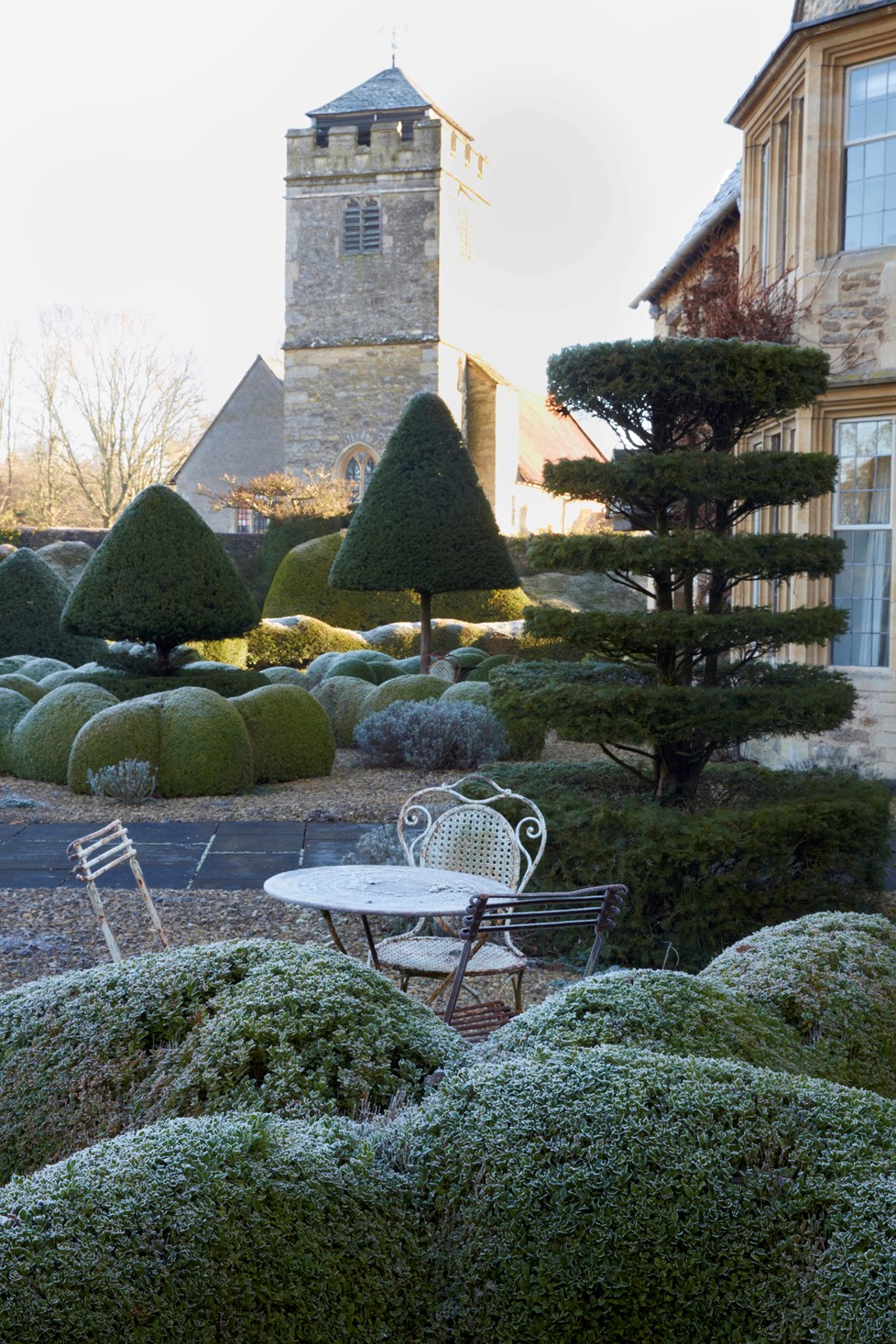 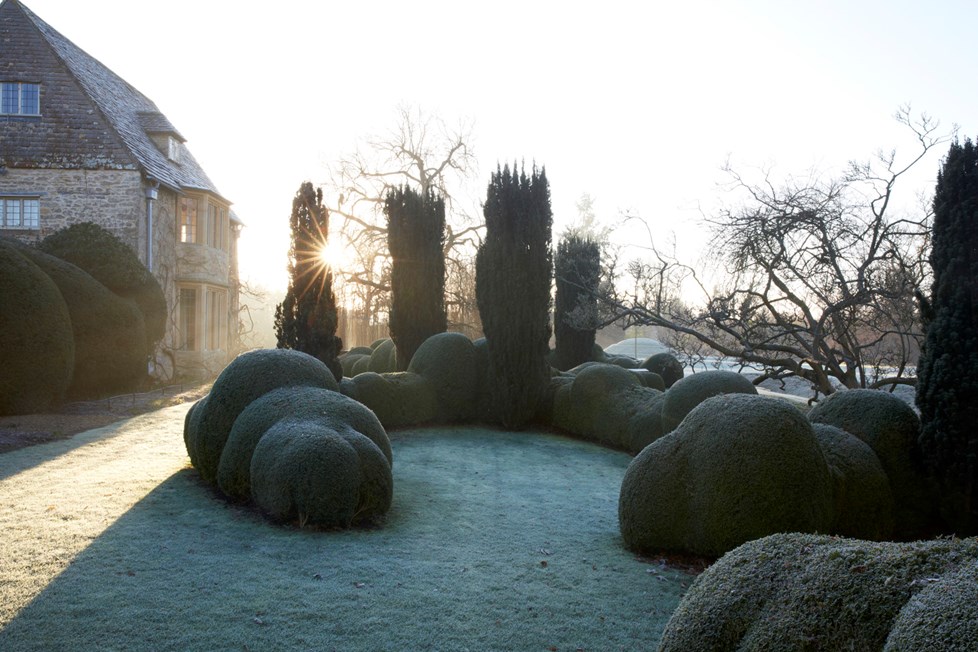 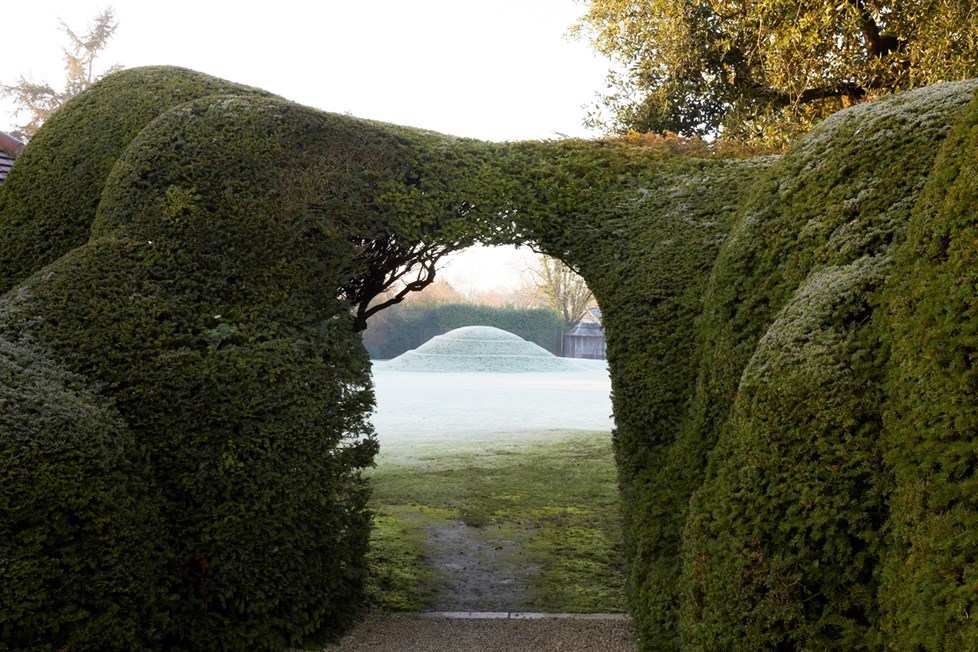 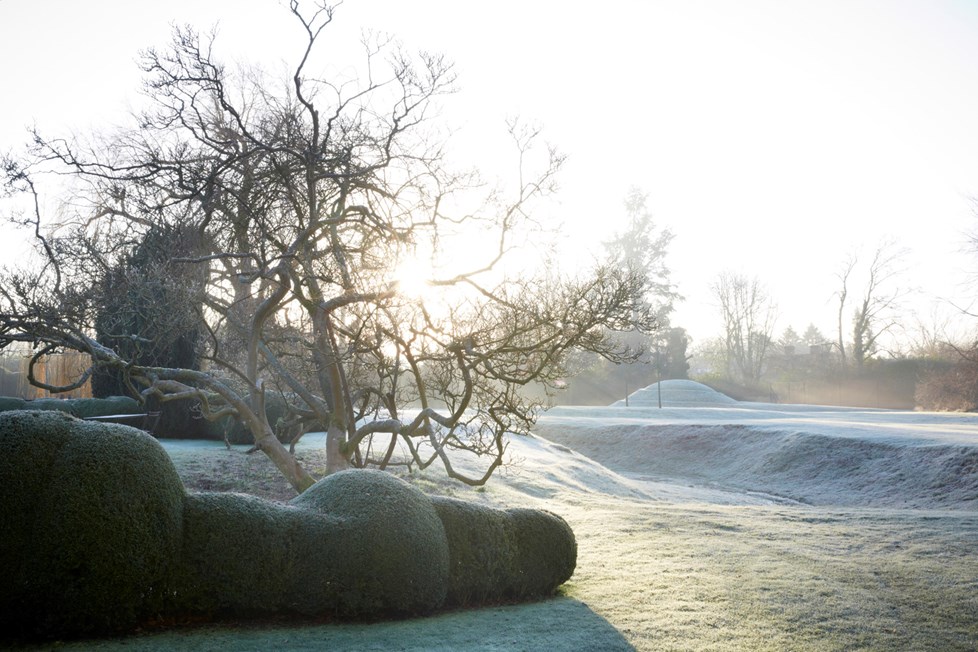 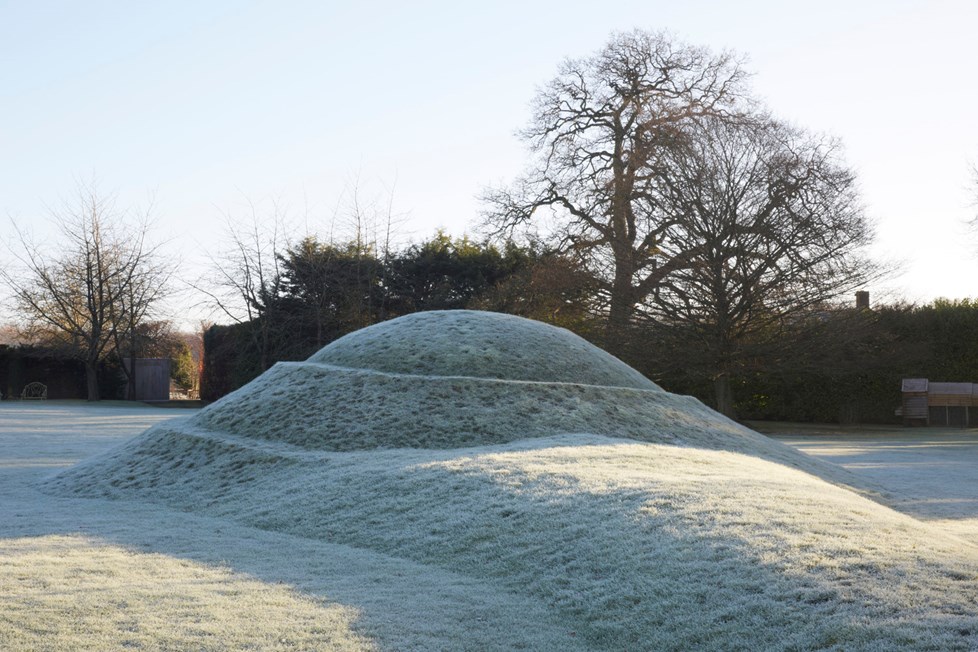 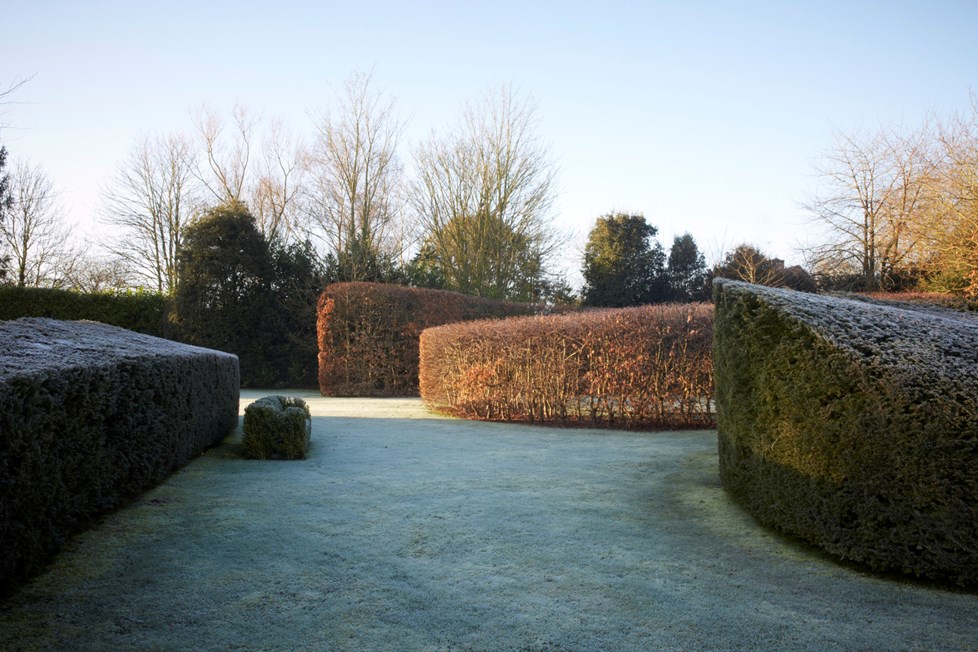 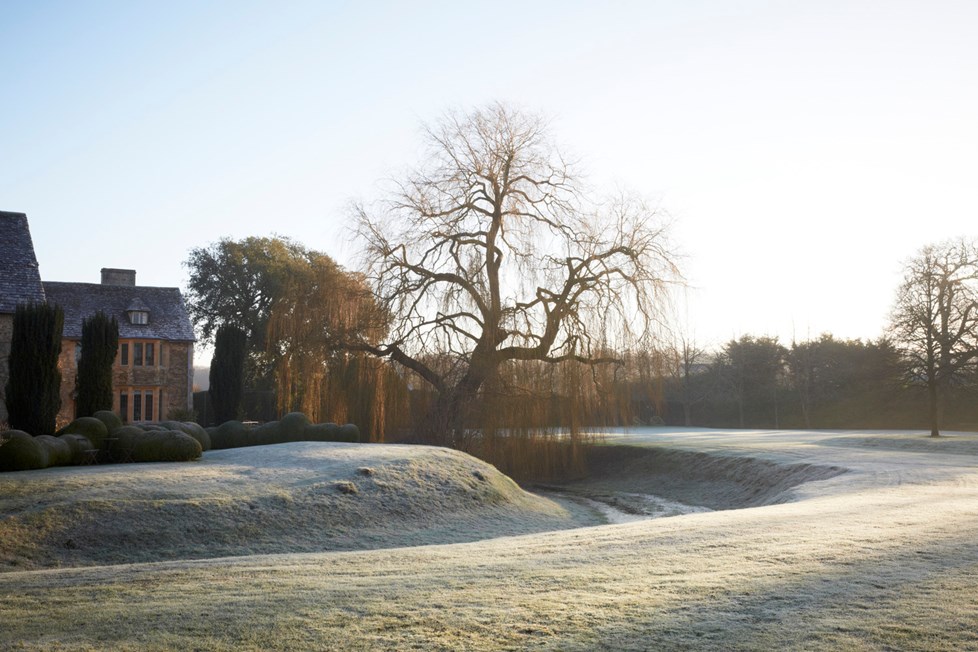