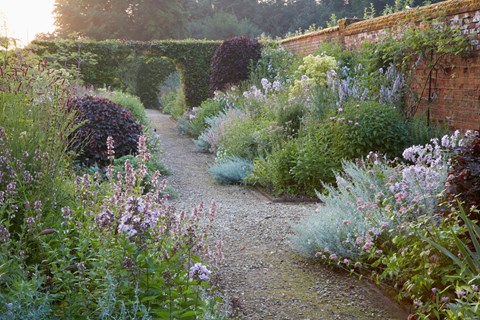 A wonderful walled kitchen garden, situated right next to the main house, has been re-purposed to mix vegetable and fruit production with huge borders and lawns; becoming the main garden for the property. Old walled gardens always give you an amazing backdrop which forms a secret space which can become a magical world. On the outside we can keep a sense of simplicity, scale and connection to the parkland or countryside, whilst on the inside we have the chance to create a garden of much greater intensity. This particular walled garden has become a treasure; a jewel box full of colour, wrapped in the ancient green parkland that surrounds it. The pale lime yellows, dusky pinks, purples and soft whites occupy the first section of the garden, the outer borders, their soft, cool colours working well against the terracotta of the old brick walls. The combinations shift in tone and form throughout the season but maintain a subtle misty balance which envelops you in a very gentle way as you weave your way between the plants along the soft chipping paths. As you travel through the big mixed hedge of crabapple and hornbeam, you enter a hot garden which flowers with fiery hues much later in the season, from August to October its in full spate, with a fabulous show of dahlias and asters.
This garden is open under the National Garden Scheme. 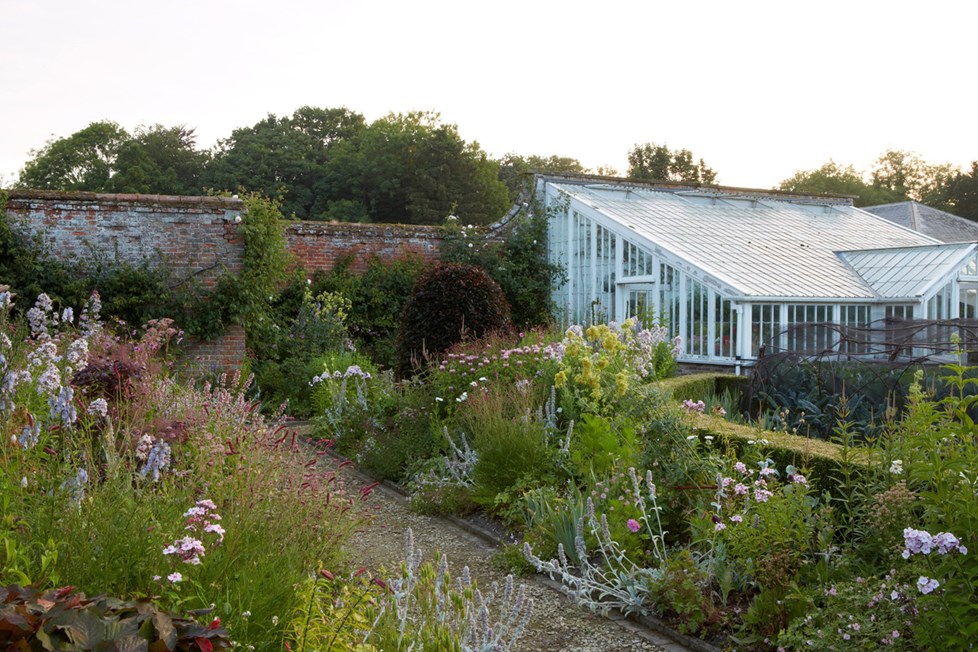 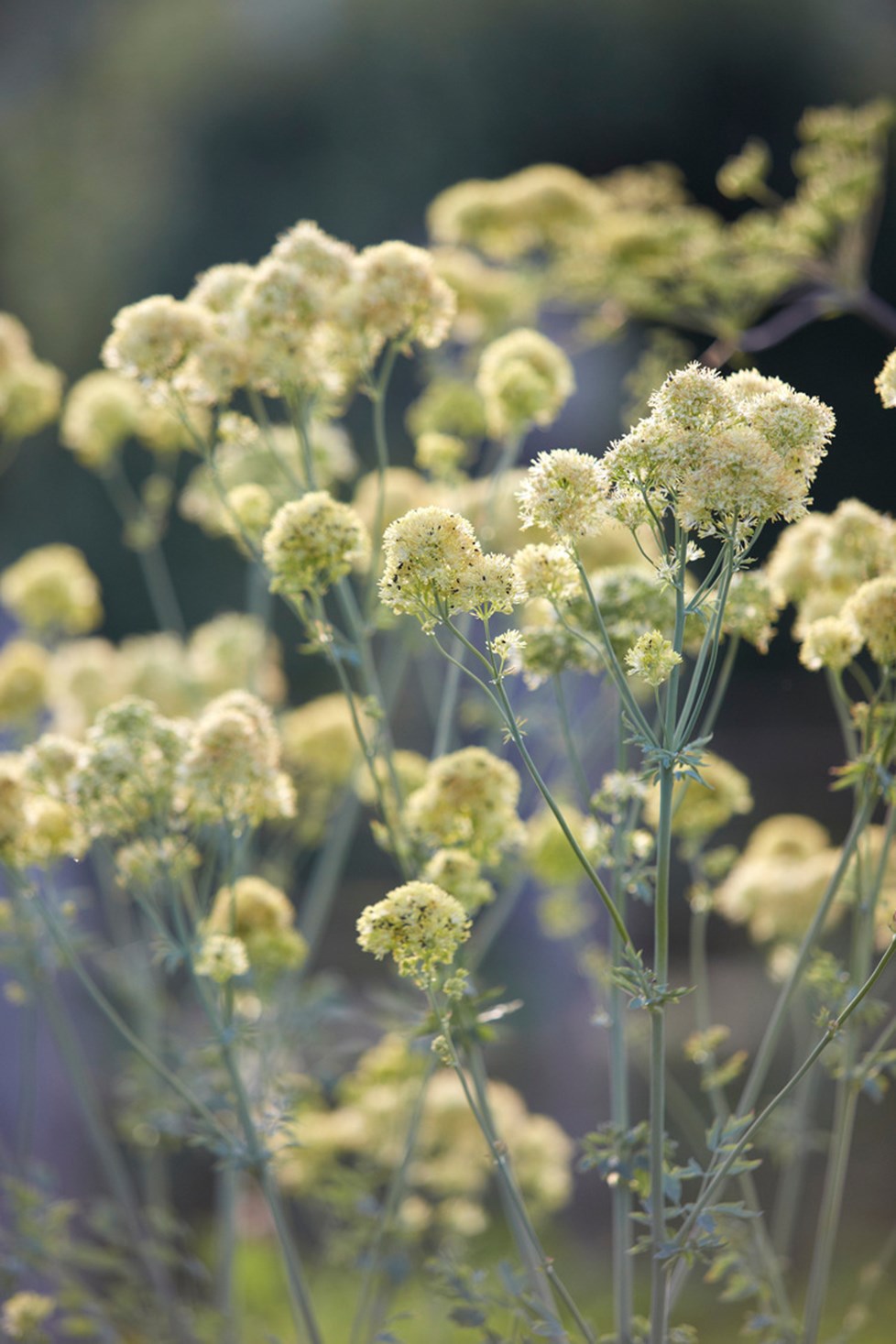 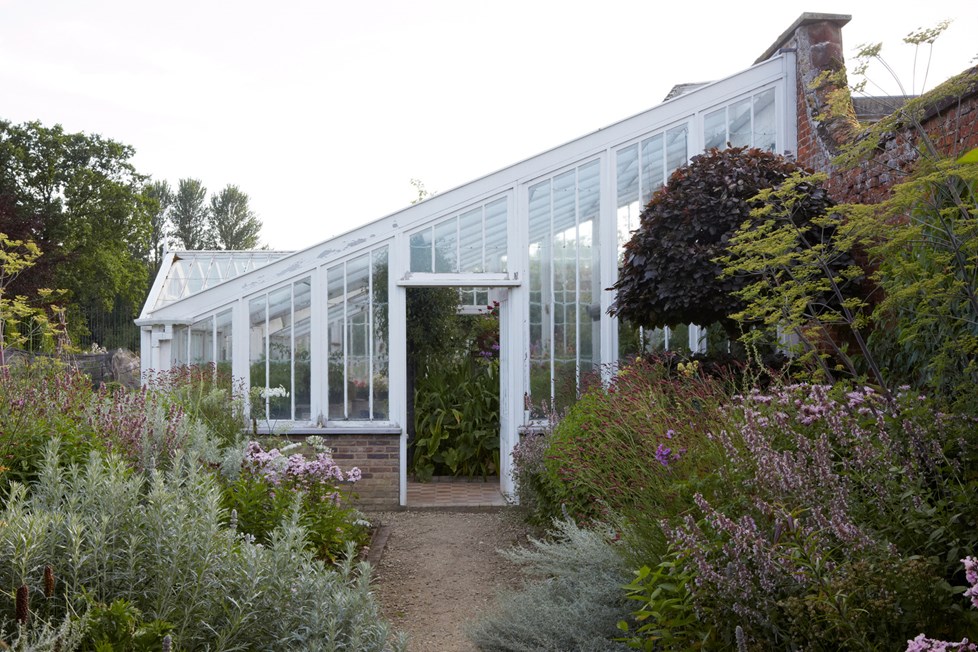 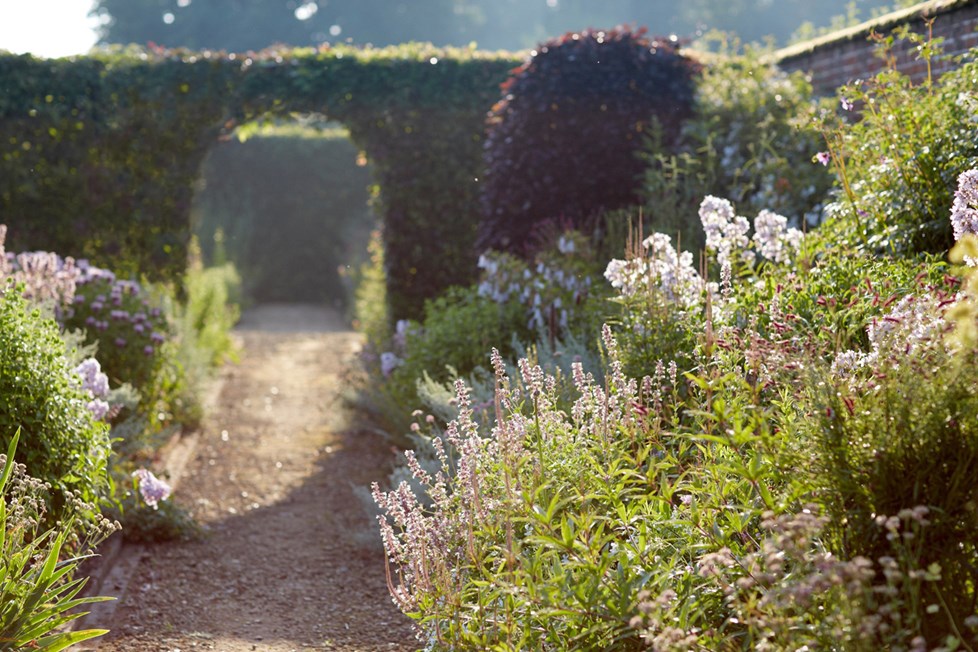 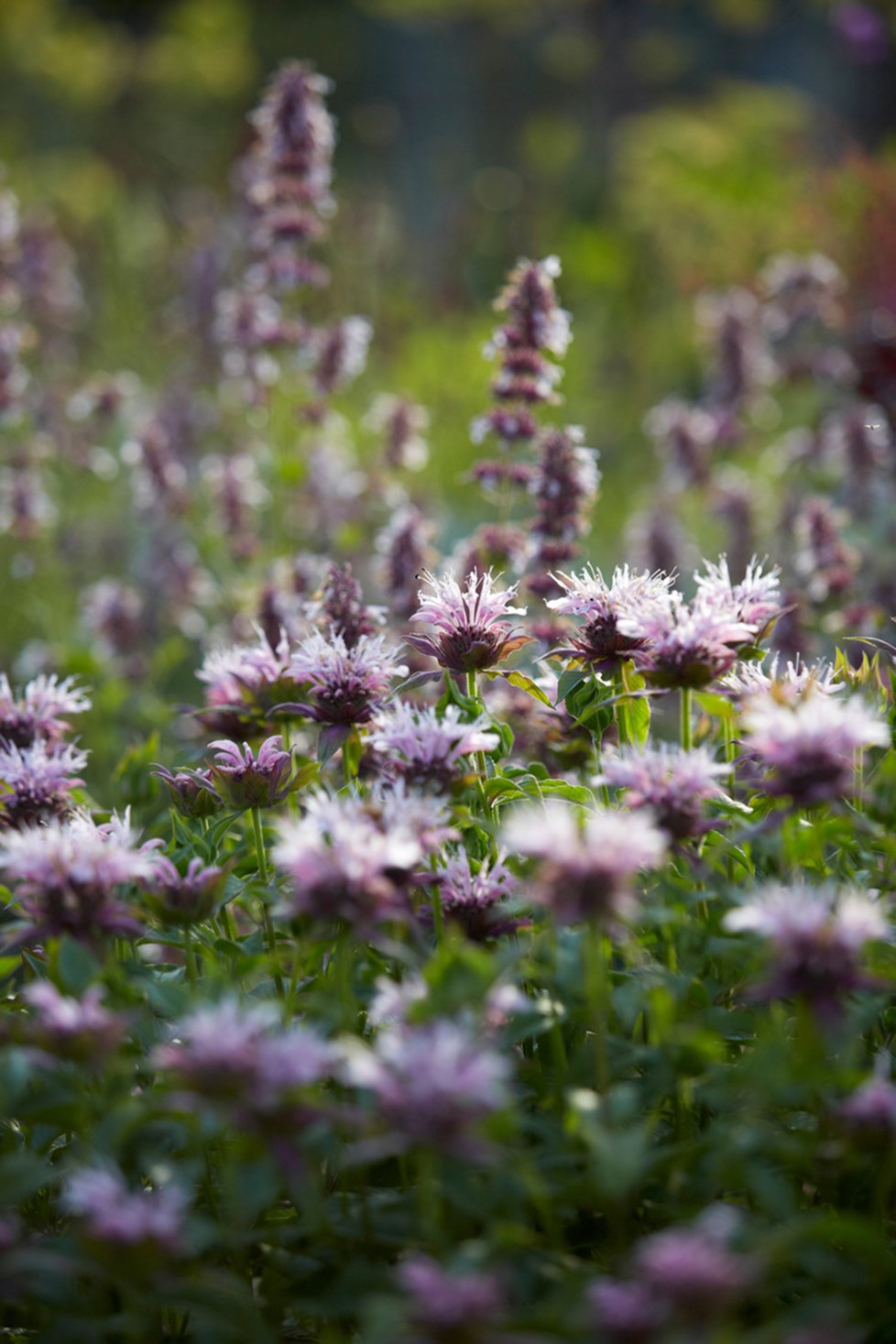 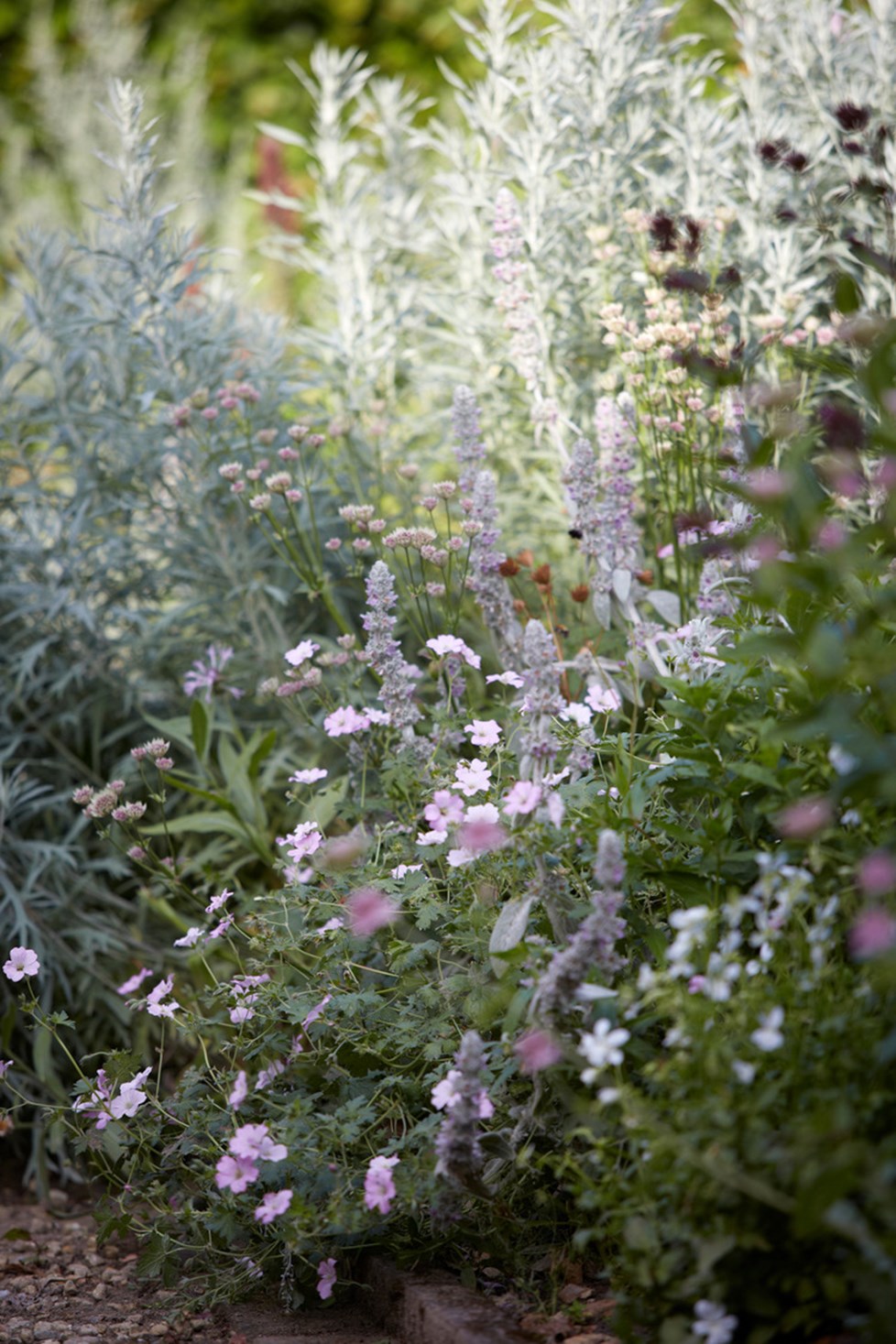 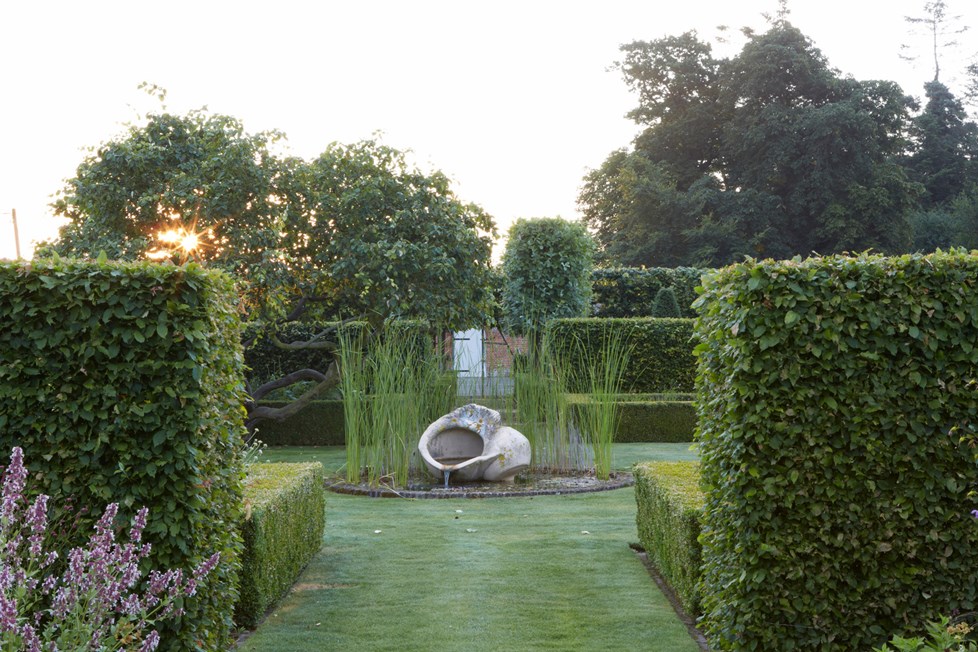 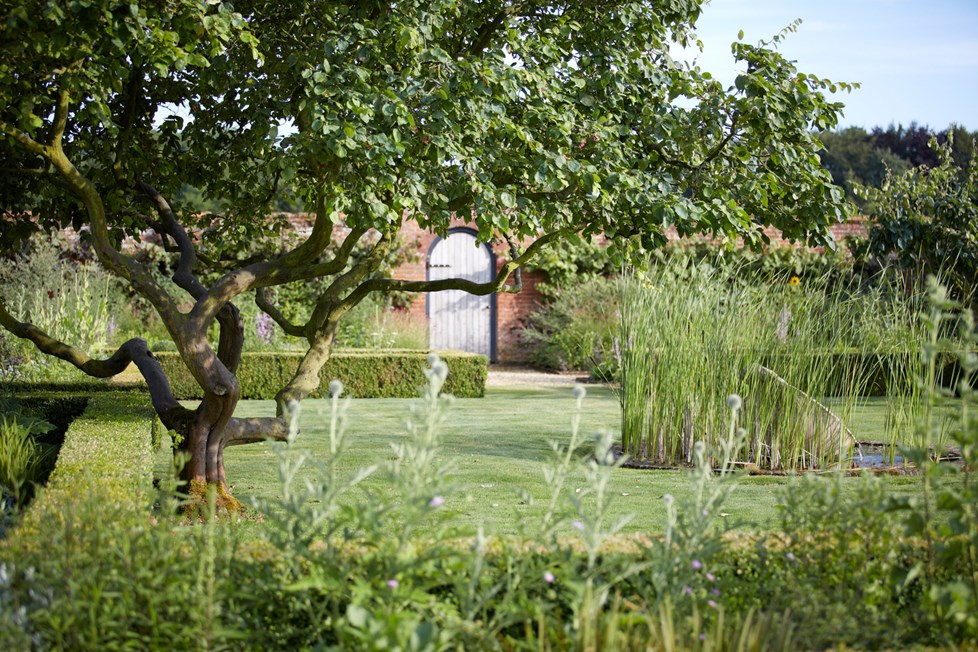 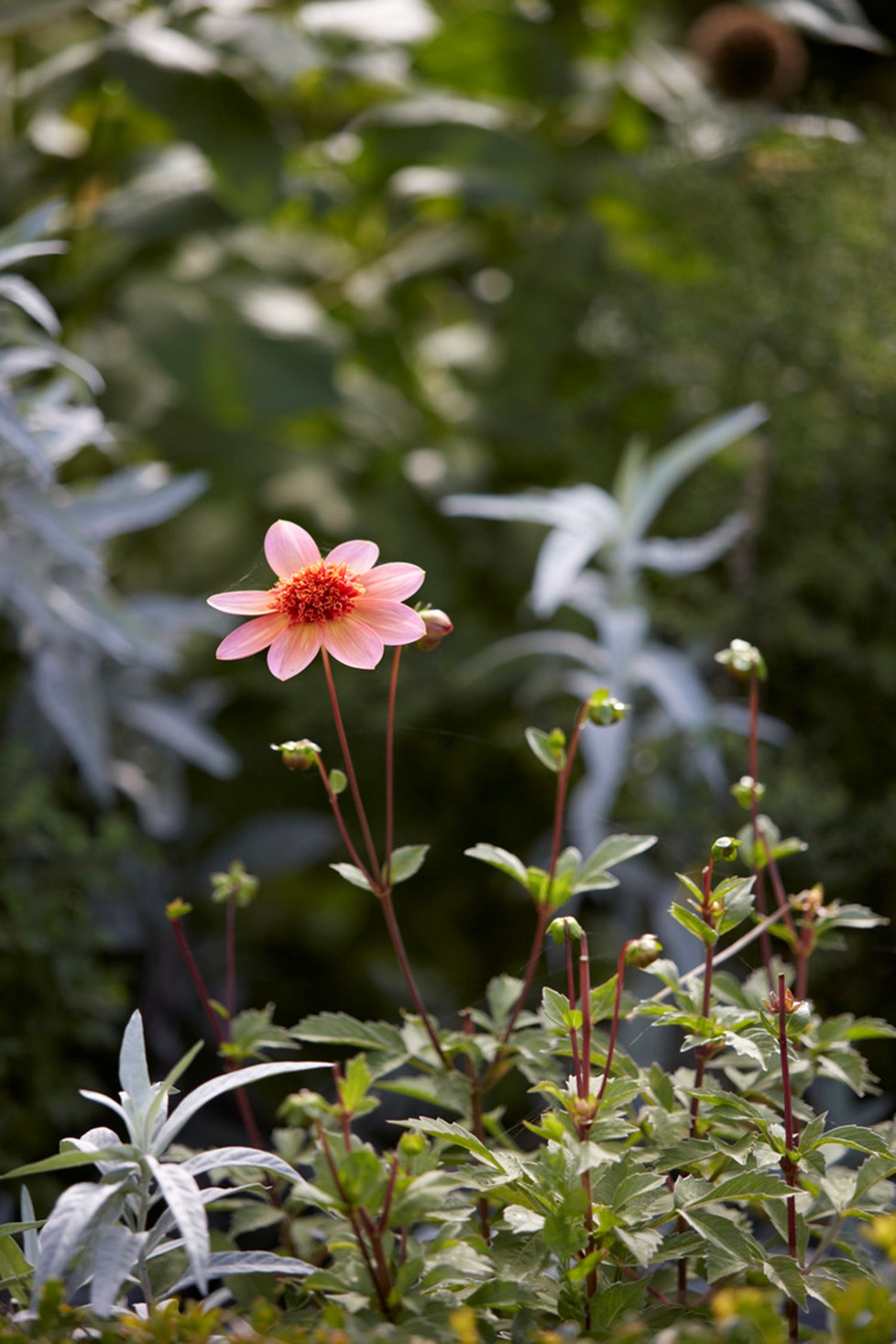 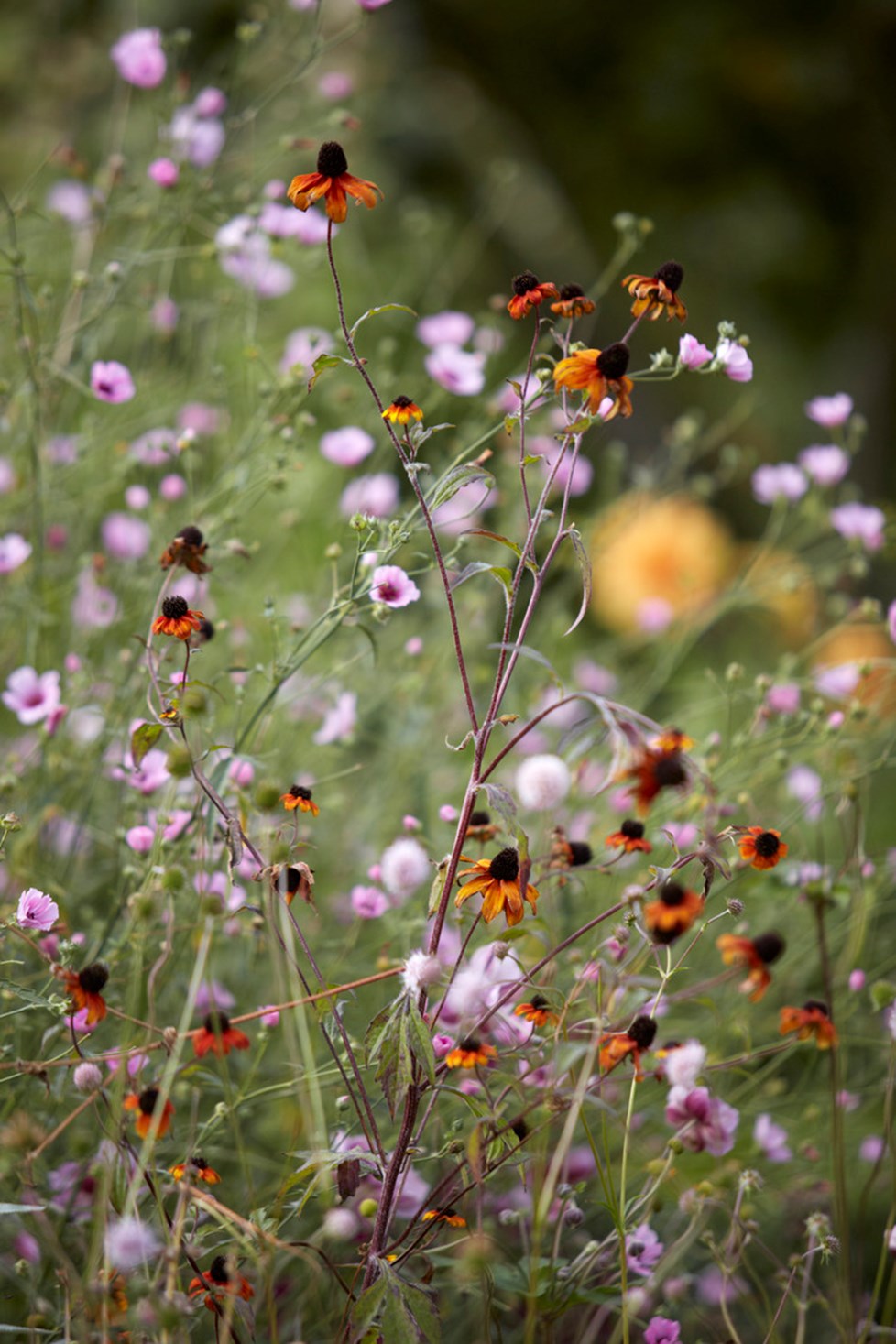 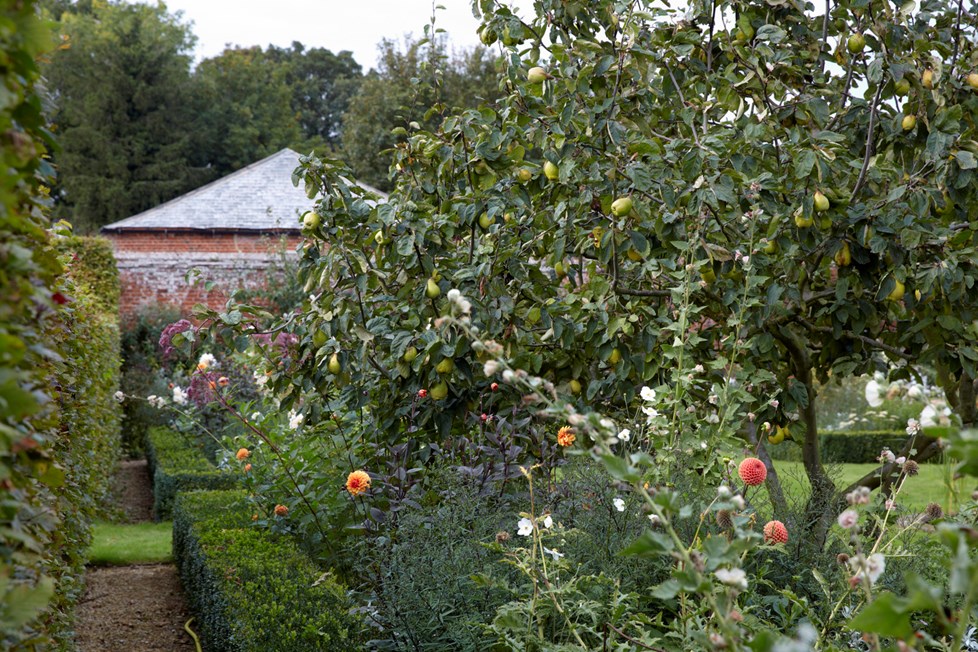 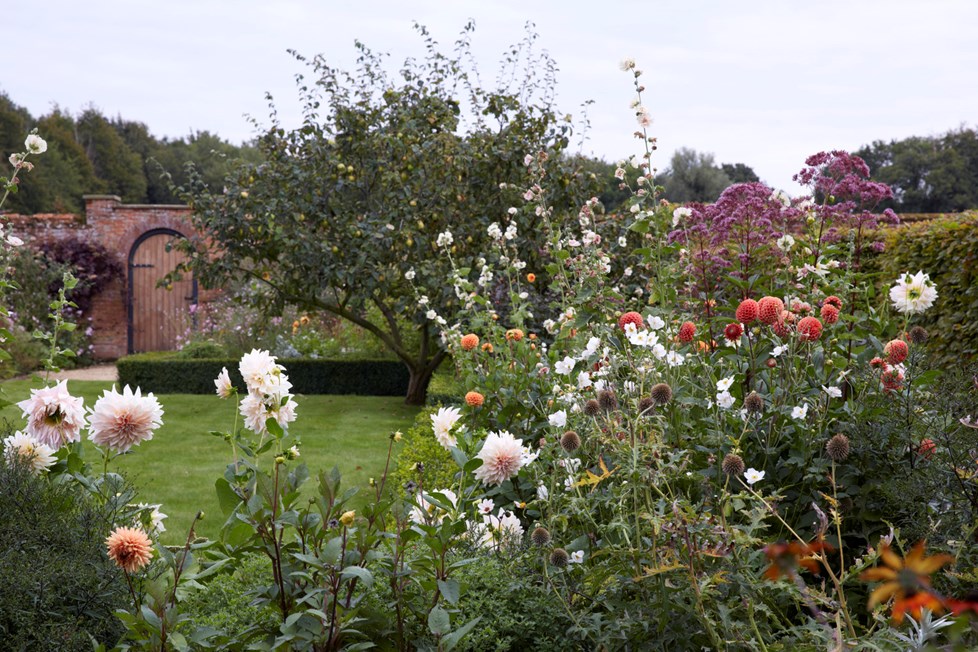